Our Day at Biltmore 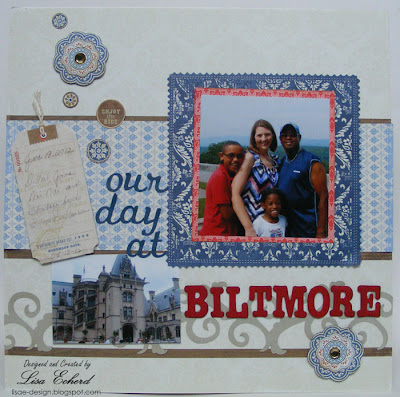 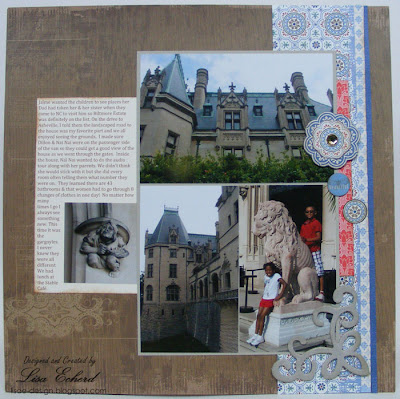 Ah, the Biltmore House - or the Biltmore Estate as they call it now.  The first time I went to Biltmore in  Asheville, NC - about 80 miles from us - I was in the 4th grade.  You could only tour the 1st and 2nd floors.  I remember what a big deal it was when they opened the basement which contains the indoor pool and bowling alley.  I bet these were a really big deal in the late 1800's when the house was constructed.  Now you can tour rooms on the 3rd and 4th floor as well.  This was the first trip I'd seen the nursery.  It was so beautiful as is everything in the French Chateau style mansion constructed by George Vanderbilt.  The estate is still owned by the family. It was a pleasure to introduce the house to the children and their father.  Jaime had been there as a child.  That is actually why she wanted to go back.

Jaime wanted the children to see places her Dad had taken her & her sister when they came to NC to visit him so Biltmore Estate was definitely on the list. On the drive to Asheville, I told them the landscaped road to the house was my favorite part and we all enjoyed seeing the grounds.  I made sure Dillon & Nai Nai were on the passenger side of the van so they could get a good view of the house as we went through the gates.  Inside the house, Nai Nai wanted to do the audio tour along with her parents. We didn’t think she would stick with it but she did every room often telling them what number they were on.  They learned there are 43 bathrooms & that women had to go through 8 changes of clothes in one day!  No matter how many times I go I always see something new. This time it was the gargoyles.  I never knew they were all different.  We had lunch at the Stable Café.

For the pages, I used papers from Little Yellow Bicyles' Saturday's collection to pick up on the colors of everyone's clothes.  I added some Sahara Sand cardstock to complement the house.  The border is cut with the Storybook Cricut cartridge and spritzed with lots of Angel's glimmer mist. 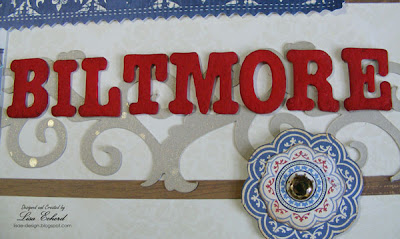 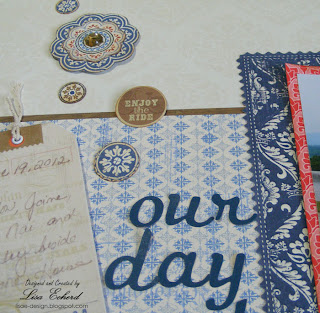 I have a few other pages coming along on the estate.  We also went through some of the gardens and the farm.  Taking a city girl to a petting zoo can be quite humorous.  More on that later...

Thanks for stopping by!
Posted by Lisa Echerd at 3:59 PM