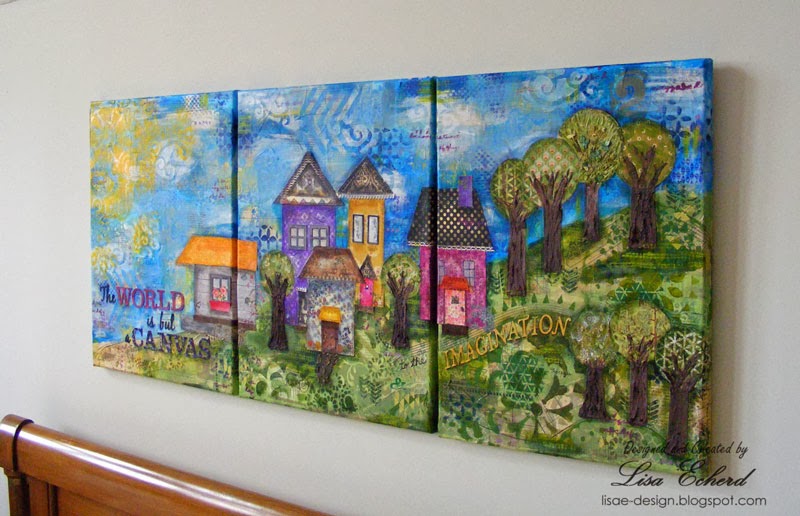 When I took Christy Tomlinson's wonderful Behind the Art workshop last April, I had in mind doing something for my guestroom/scraproom.  I've had several other things hanging over the bed.  The last was a wall quilt I made but I removed it when I changed the bedding about 3 or 4 years ago and it didn't match.  Since then, this wall has been bare with only nail holes to remind me that it was time I dressed it up.

So after making a few mixed media canvases, I dived into this project. The concept was inspired by NC Weekend's logo.  This is a show on our PBS channel and they have a simple line drawn logo with mountains, to the city to the sea.  I didn't use city buildings but opted for houses instead and a whole lot of paint and color!

I took a few photos along the way.  As I got toward the final coats, I forgot to take pictures.  This took me weeks of doing a bit at a time.  I'd spread everything out on my worktable, do a layer or two and then set it aside and stare at it off and on over the next week.  Then I'd try again the next weekend.

The first layer of designer papers and fabric pattern tissue paper.  I used the lines in the multi-size patterns to create mountains.

Added some paint and stenciling. 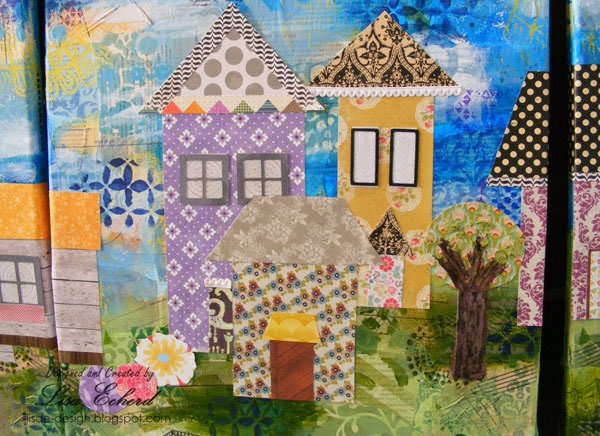 The houses without any detail - just paper.  The trees at this point are fiber paste colored with brown stamping ink refill and some green pattern papers.

All the basics in place but no shading.  The sky is pretty busy here and there are some 'flowers' too near the beach house.

As I got close to done, I went ahead and hung it to get a better view and decide what was missing.  It wasn't what was missing, it was that there was too much. I had the flower bushes (I guess that was what I was going for).  I finally pulled those off altogether and added another tree.  Also, I had too much color change in the sky so I toned that down a bit. I did add another stencil and yellow paint for more focus on the sun. I love paint.  You an just keep going over things until you are happy.

Well, I'm OK with it.  I'm not overjoyed.  There is still something that doesn't quit sit right with me.  I like many of the components.  I'm especially happy with the 'grass' area, the wording and the beach house. It just isn't quite the sum of its parts to me.

However, it is done.  My wall isn't bare anymore. Yeah! A close up of the grown with the large stencil areas and some of the fabric pattern 'mountains.' 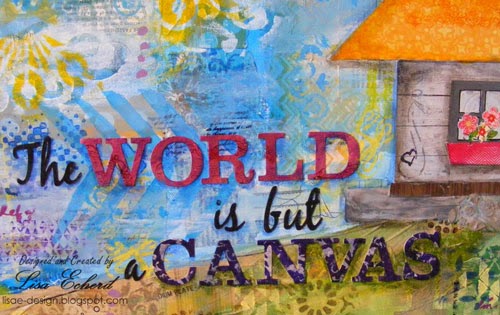 The quote is "The World is but a Canvas to the Imagination."  Thoreau. 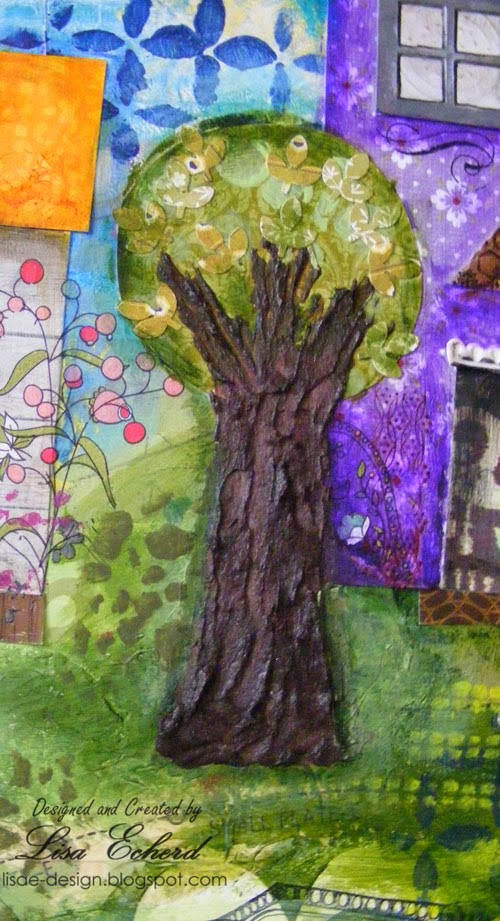 The tree I added to replace those flowers. 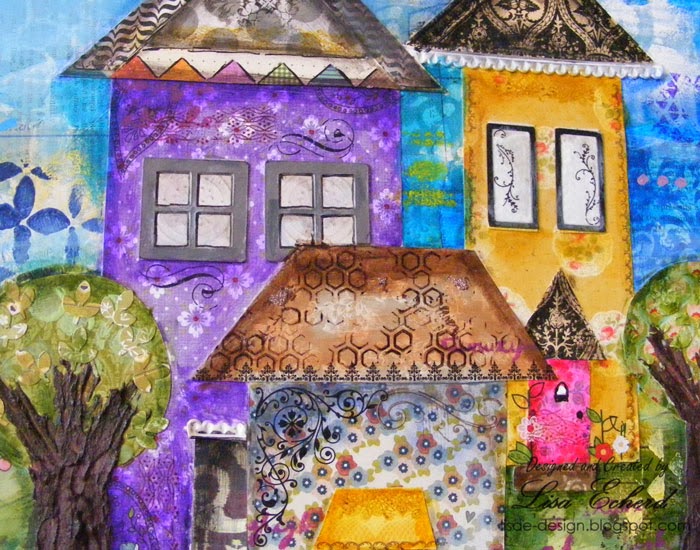 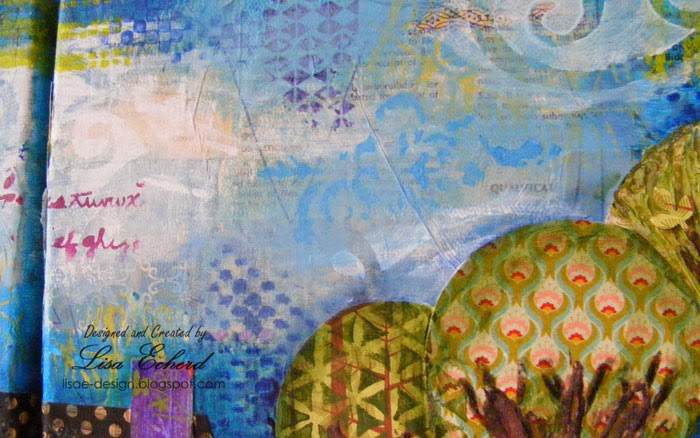 So I have something cheery over my guest bed.  And now I can finally film a scraproom tour video.  As soon as I clean up...
Posted by Lisa Echerd at 7:52 AM