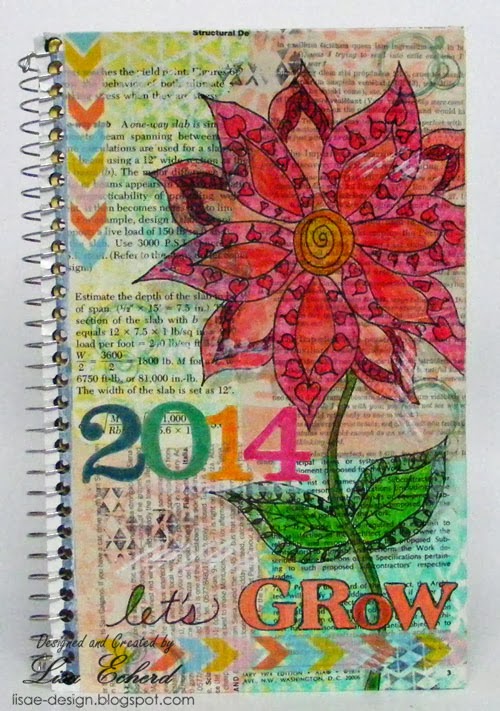 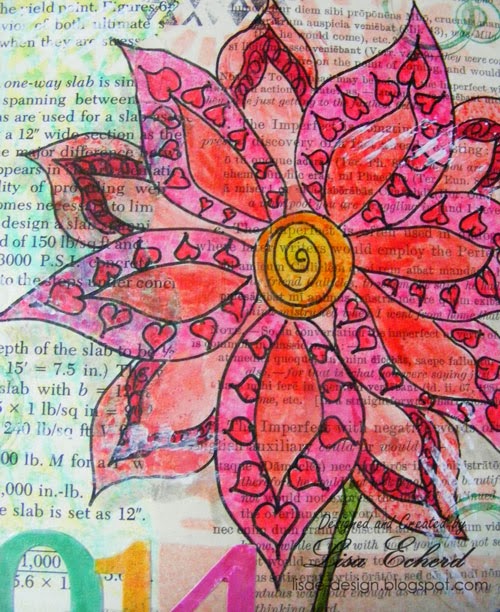 My last everyday notebook lasted just through the 2013 so it is time for a new notebook cover.  For this journal, I used some mixed media and just had fun playing.  I'm not much of a doodler.  The flower is the one flower I know how to draw.

For the bottom layer, I first misted some book paper with various yellow and peach mists.  Then I adhered them with Mod Podge - maybe a bit too much Mod Podge or either I wasn't patient enough with the drying.

The flower is drawn with a Faber Castell Pitt pen.  These are the best pens I've ever used.  They draw over anything!  I used the Big Brush pens to color. 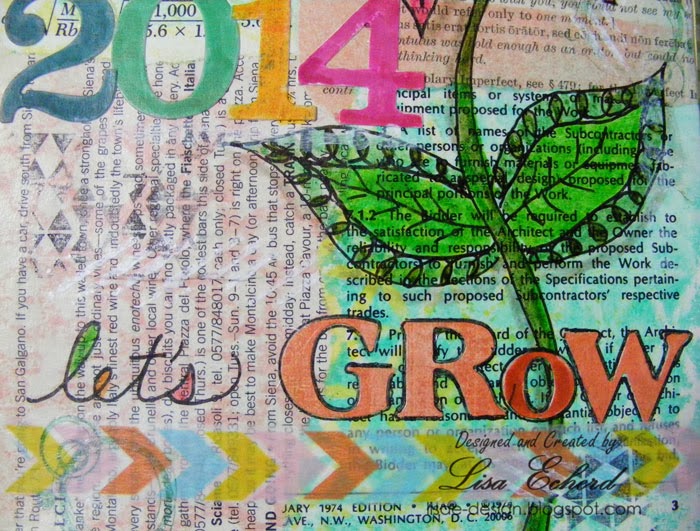 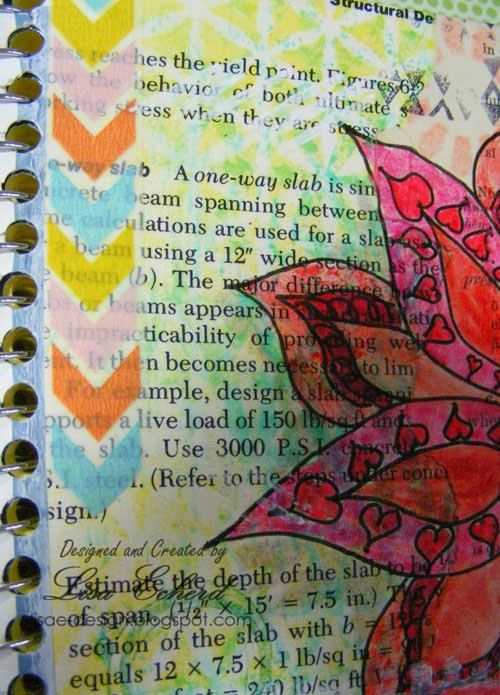 The final layers were stickers, Washi, and a little stamping.  I added some gesso over a stencil in just a few places.  I have to be careful adding white.  For some reason I can easily get too much.

I did this cover on Saturday and when I went into my scraproom on Sunday, the notebook cover had curled. My excess Mod Podge had caught up with me, I guess. So I heated it with a heat gun and then put a heavy book on it. I don't know if that will work long term but it lasted long enough to get photos!

Thanks for stopping by!  Tomorrow I have a new scrapbook page and video.
Posted by Lisa Echerd at 6:00 AM

Email ThisBlogThis!Share to TwitterShare to FacebookShare to Pinterest
Labels: Mixed Media, Papercraft - other