Making Your Own Stencils 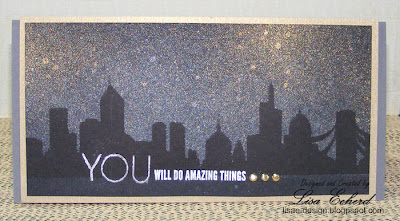 When I was in the 6th grade, I got to go to the school spelling bee.  I didn't get any further as I misspelled the word "stencil."  (I spelled it stencel.)  It was years, YEARS before I ever needed to actually spell that word in real life.  I couldn't imagine ever needing to know how to spell that!  And now, way more years than I want to count, I'm needing it for a very popular scrapbooking tool.

A few months ago I got really interested in stencils.  I collected several made by Studio Calico and The Crafter's Workshop.  I also cut my own stencils from cardstock with my Cricut.  Those were usually good for just a few uses as the paper would curl when misted.  I tried using Vellum and that was an epic fail as the vellum just crinkled up completely when wet.

So then I looked into blank stencils found in the craft department of Hobby Lobby.  This is a thin flexible plastic that holds up better than transparency film but is still a good weight for using with mists, inks or pastels.

For the card above, I used a stencil cut on the Cricut from the Plantin Schoolbook cartridge.  It is covered in this video at YouTube:


I adhered the stencil to some black cardstock and then misted with white Mister Huey, tinsel  (which I just found out has an 'el' at the end rather than 'il' - I'm still a terrible speller!) and gold Colorshine mists.  This is a graduation card for a friends daughter. 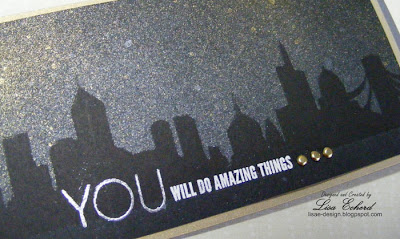 I'm also using a homemade stencil on my scrapbook page later this week.

Thanks for stopping by!  You can still sign up for the Scrapinar on June 12 on using 6x6 Paper Pads.  Just click on the link on the right side of the screen.
Posted by Lisa Echerd at 7:31 AM