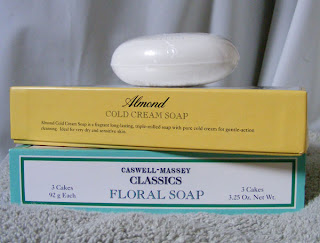 Here I am on my soap box today or should I say my "daytime drama" box.

I posted a few months ago that I am a fan of General Hospital.  If you've ever watched General Hospital and stopped, now is definitely the time to return!!! GH has a new writer and he is bringing the program back to its roots.  The Quatermaine family is being rebuilt and given key storylines.  One huge issue for fans has been Jason's leaving his family behind after an accident and joining the mob.  Jason is having brain surgery and it is expected he will awaken with memories of both of his past lives.  This Friday and Monday are to be great episodes in this story.

If you don't watch the show, I know that last part sounds ridiculous.  But really, are daytime drama plots any more far fetched than primetime shows?  And what daytime dramas bring are continuous stories with characters we can get to know.  They educate as well as entertain.  Also their actors for the large part don't make the headlines with outlandish and often illegal behavior of some of the primetime and movie stars.  They work hard and provide good entertainment.

I make the plea for viewing General Hospital for two reasons.  1) If you like a good story, this is a great show.  The acting is exceptional.  There are no reruns.  You can watch via TV or on the Internet at ABC.com which keeps episodes available for one week at a time and YouTube has them on and on.

2) General Hospital and all soaps need viewers.  ABC has cancelled One Life to Live and All My Children and are replacing them with cheaper lifestyle shows.  The first will be a food show called "The Chew."  Honestly, is there anything appetizing about that name???  By next Fall when Katie Couric joins ABC for another daytime talk show (eye rolling), one show will have to go.  Will it be General Hospital or one of the two new lifestyle shows?  I think GH will be far superior to the others but we need a lot more viewers to keep a nearly 40 year old program on the air.

ABC has sold the rights to their two cancelled daytime dramas to broadcast them on-line.  I hope this is successful; however, the best chance for GH is to get viewers and prove to the network that viewers enjoy a good story far more than an out of touch lifestyle show and yet another gab fest.

Ok, off my soapbox.  I promise to be back with a crafty project soon.  Thanks for listening!