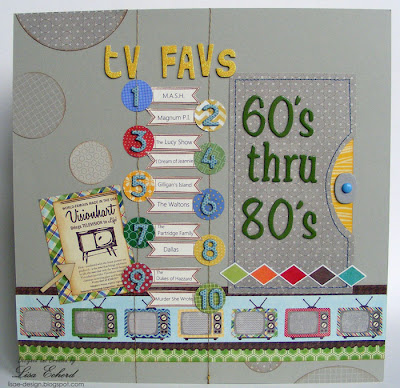 Television gets a lot of criticism.  Some of it deserved.  I'm the first to complain about un-reality TV.  Yet there is a lot of good on TV now and in the past.  I'm a TV girl through and through. I don't see a lot of movies, never have - well, except for my dating years - but left to my own, no.  I just can not get emotionally involved in a story in 2 hours.  I want to know the characters histories and where they are going.  I want to get to know the supporting cast.  In most movies, I can't even remember their names much less understand what motivates them. 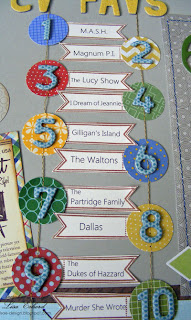 But with TV, you have time.  Time to learn their story and to really relate.  Time for many of the characters to be your friends or someone you love to hate.  TV also teaches.  Sometimes I worry about what today's TV does teach, but the TV of the 60's was my afternoon companion and my teacher.  There was this perfect American to emulate.  I didn't watch the 60's shows here until the 70's.  The list is a mixture of shows I saw in syndication and those I watched with my parents in primetime.  Whenever I watched them I got to know these characters.  I learned about the Korean War my Dad was a veteran of.  He rarely talks about it, but I learned more from M.A.S.H. about war than anything I've ever seen or read.  Since they took many of their stories from true histories, I don't think it was a false education.

Some of these of course are silly and pure fantasy.  "I Dream of Jeanie" gave me a character I could dream of being and know it was just for fun.  I wanted to go to see the Hawaii of Magnum P.I. and eventually I traveled there.  Lucy showed me a woman could live on her own.  Note: this is "The Lucy Show" rather than "I Love Lucy."  It is the one she did with Vivan Vance and "Mr. Mooney" and I like it much better than her being Desi's foil.

If Daddy and I shared M.A.S.H., Mother and I wondered "who shot J.R." in the best cliff hanger of all time.  Years later she and I would tour the real Southfork together.  It is much smaller in person.  Wonder if they are using the house again in the new series?

The Waltons are a classic, but "The Dukes of Hazzard"?  What can I say, I grew up in the south and was a teenager in the early 80's.

So these are shows that found a place in my heart and history.  I started making a list into the 90's but had to cut it down.  There were just too many.  Plus what was important to me as a child and teenager changed as I grew up.  I'll save that for another page.

For this page, I know it is a bit on the busy side.  Still I had fun with it.  I did my own garland by sewing together the punched circles like one I'd used before from My Mind's Eye.  To do this start sewing on scrap paper so you can sew many stitches before you get to your first circle.  Then you have a 'tail' to attach to your page.

Why the shows are important to me is typed up in the pocket. 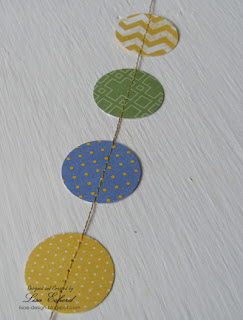 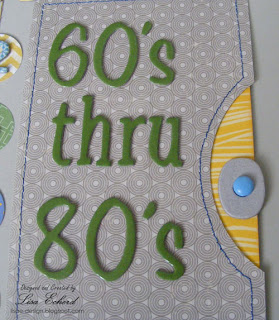 With all that was going on on this page, the upper right corner was still lonely so I used cirles in tone-on-tone paper to fill it up.  When I got in this paper with the little TV's I knew I'd have to do a page like this.  The colors in this collection are wonderful! 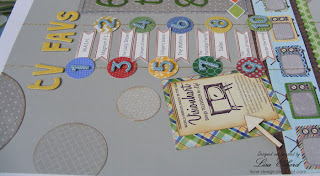 Thanks for stopping by for this 10 on the 10th.  See Shimelle.com for more.