A little something to do

A comment I've heard many times when comparing September 11, 2001 to December 7, 1941 is that our citizens haven't had to make the sacrifices today that were made when we went all-in for WWII.  That is true for the most part.  The largest burden has gone to the small percentage of our population who have chosen to serve in the military and their families.  Most of us go on about our daily lives and don't think about attacks and freedom.  How could we and really go on?

But I think we have as a country changed.  We are more vigilant.  I missed the Virginia earthquake as in I was in the mountains and for some reason didn't feel a thing.  But for those who did, some thought of an attack, particularly those in Washington.

One of the saddest things to come out of 9/11 beyond the loss of life is the way we view other people.  9/11 created a new prejudice.  I don't want to look at people of a different race or ethnicity negatively or in fear.  In November 2000, I was flying to the Northeast for a business trip.  Beside me was a man from Pakistan, nicely but casually dressed.  He struck up a conversation by asking about our election.  I had to admit that our democracy had yet to decide who our next president would be.  (I was a bit embarrassed and that is probably why I remembered the conversation months later.) We talked about his trip to visit a friend and the places he had already traveled.  It was a pleasant exchange.  Would I have this same kind of relaxed conversation today?  I'd like to think that I could look beyond the nationality of a person but we have been conditioned to be wary.  He might be afraid to talk to me, too.

We are also paying the price of war literally in our country's debt.  It is impacting our economy and thus all of us.  I don't know if we are fighting the right fight in the right places but I'm not in a position to know.  I know we have to protect our country, our freedom.

So today, I'm doing my small thing.  I'm making some Operation Write Home cards.   These happen to be holiday cards.  They will go to those deployed overseas to be sent back to family at home.  I love making these cards but I wish I didn't have to.  I wish the soldiers, airman and marines could all come home and we could all live in peace. 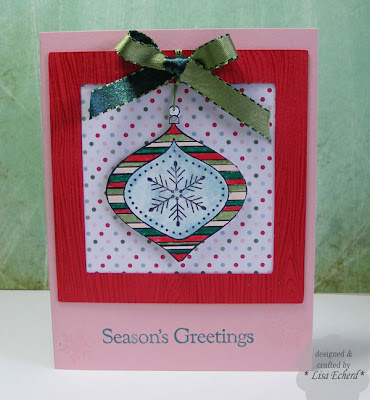