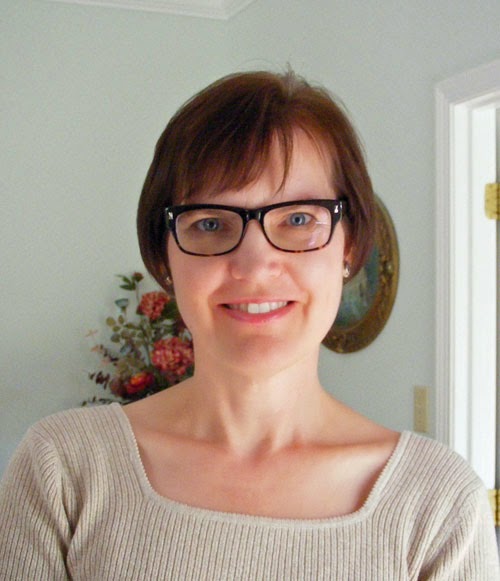 at girls who wear glasses?

I hope so.  At least one man, anyway.

I have actually worn glasses since I was 16.  I had to get them to get my driver's license.  When I was 18, my high school graduation gift from my parents was contacts.  I then found out that I really only had one eye with poor vision.  So I wear one contact. When I take that contact out, the other eye takes over and I seldom wear my glasses.  Every year, the doctor tells me how I'm going to love my eyes when I get to a certain age.  Turns out, I'm supposed to wear one contact for close up and one for distance as I have monovision eyes. I'm not quite there yet.  My prescription hasn't changed so I hadn't bought new glasses in 15 years.

Since I seldom wear glasses, I really balked at the idea of spending $200, $300, or more for something I use a few hours a month.  So I tried an on-line site - coastal.com.  I had a really good experience.

Guess what these prescription glasses cost?

$39, that's right, just $39.  I shopped the $49 frames, used a $10 off coupon and got free lenses since they are single vision.  I should have gotten ones with just a bit wider bridge over the nose for appearance sake but I can see beautifully from them.  I'd definitely go this route again.

These aren't the only new glasses around here these days.

This pair are my first readers. Eventually I'll do the monovision eye thing but for now I need the lowest power of readers possible. I didn't let myself suffer from short arm disease and I don't wear them much but I do need them for a few things.  My opthamologist suggested the lowest power possible which proved to be a challenge in my small town.  I had to go to 4 stores in two towns to find a +1 power.  They aren't very girly either.

Which brings us to a new challenge in our household.  One person with a +1 and another with stronger power glasses, you get some funny stories.

The other day, ironically, I was taking both of my parents to the opthamalogist at the same time.  I looked for my book and glasses to take along.  There was the book where I left it but no glasses.  I searched everywhere and couldn't find them.  My DH was off on a service call so I couldn't ask him if he had seen them.

Later that evening he was in the kitchen and I walked in asking if he had seen my glasses.  "No, I have no idea."

I looked up at him then and asked again, "Are you sure you haven't seen my glasses?"

"No."  He was completely baffled.  I picked up a dinner plate and held it up as a mirror.  "Are you sure?"

He had the glasses on.

"Well, that explains it," he said.  "That's why I had such a hard time seeing those screws I was trying to put in.  I thought my eyes were worse and I was going to have to go up on my power."

Well, he can still see fine with HIS glasses.  But he keeps reaching for my less than girly glasses anyway.  So that is why I decked them out with some Stickles. 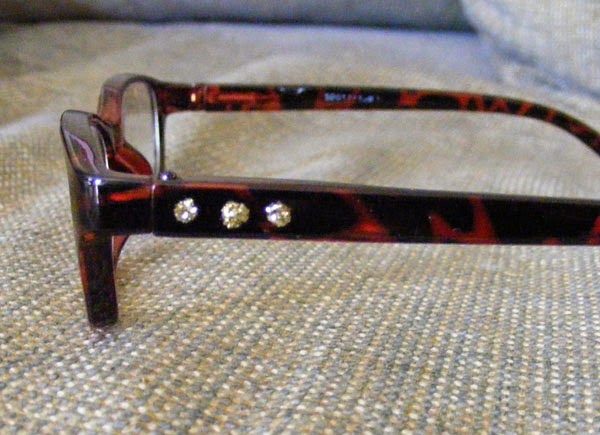 Here is a short video on the process:


So the scrapbooking supplies help out again!   Thanks for stopping by!
Posted by Lisa Echerd at 3:01 PM