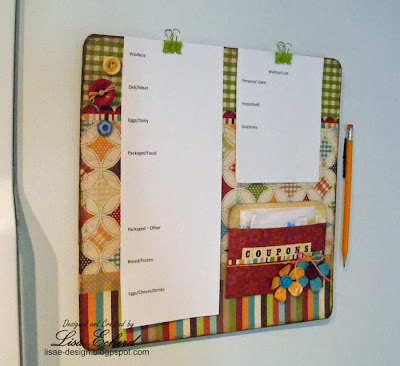 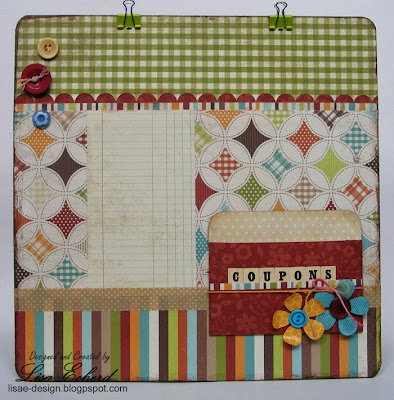 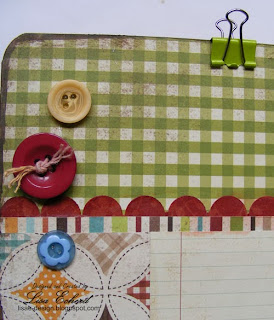 For the longest time, we had out grocery list attached to the refrigerator with a binder clip on an old piece of chipboard we had scribbled phone numbers on.  I thought we could do a little better than that so I did this project over the summer.  Since I was using fall papers, I decided not to post until fall.  This has given us a chance to use our new grocery list and coupon organizer on the refrigerator for several months.  It is working very well.  The only challenge is that some of the magnetic strip came loose and I had to go over it again with the hot glue gun. Since then it has been fine.

There are probably more technological ways to keep track of what we need from the store but we find that just jotting them down on the refrigerator as we run out of things works for us.

I typed up the grocery list in Word using major categories in the order they are in the store I go most frequently.  We shop at Walmart occasionally getting other things besides groceries so I wanted a list for that store as well.  We don't take a newspaper or magazines so few coupons come into the house but when they do, it is nice to see them so I'll remember to use them. 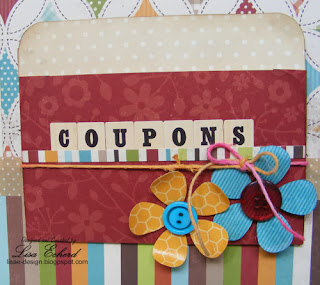 For the project, I used a chipboard base - a piece left from some packing materials, probably the back of a pack of pattern paper.  The papers are Harvest Lane by Simple Stories.  It is a very inexpensive project.

Here is the video for the project.  I did a voice over for the entire thing which is a little low for some reason.  You may need to turn the volume up just a bit on this one.


Thanks for stopping by today!
Posted by Lisa Echerd at 5:35 PM