2 Cameras are Better than 1 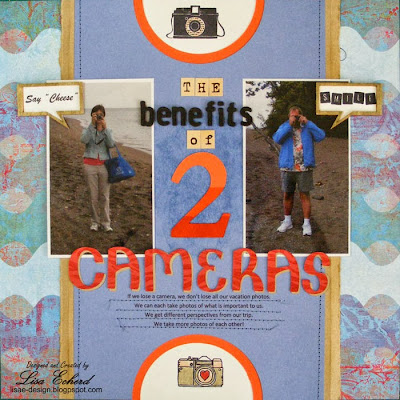 The first trip we took with 2 cameras was to Australia in 2006.  We had our regular film camera and a digital one.  Digital was fairly new to me then.  The reason for two cameras was insurance.  I wanted to be sure if we lost one or had problems with one, we had a backup.  I was so wary of getting home with no photos, I had some photos developed in Melbourne.  I put the developed photos in my checked bag and the images (I think it was the digi ones) in my two carry ons with the other camera.  Never were the two cameras in the same bag.  It was a once in a lifetime trip and I wasn't coming home without pictures to prove it!

Well, we got home with lots of photos.  Now we often take two cameras. On that trip, I did most of the photography.  Now my husband often takes photos, too.  I really like that because we two perspectives on our trip.  Plus, he carries one so I don't have to worry with it all the time.

We did not plan the photos above.  I turned around to take his photo and he was taking mine.  We are on the beach at Point Pelee National Park in Ontario. 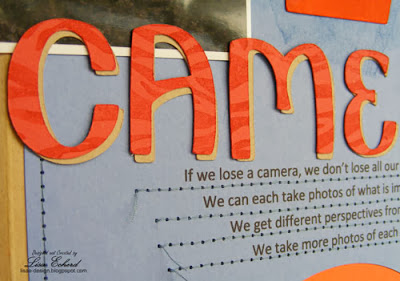 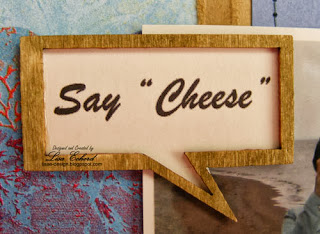 For the page, I used some of the techniques from the Creative Cardstock class announced yesterday.

The only designer paper here is the background. The rest is cardstock.  The wood veneer is from Basic Grey's Carte Postale though is starts out the normal pale wood color.

I printed "Say Cheese" on my computer and had the "SMILE" from a stamp. 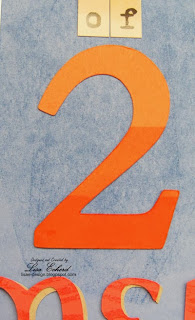 The ombre effect on the 2 and the effects on the other letters are part of a lesson in the class.  The class has 11 brand new layouts you won't find here or on my regular YouTube videos. Find more info on the class here:

With getting all the finishing touches on the class, I didn't get a video ready over the weekend.  Later in the week, I'll have another page, video and sketch.  Happy Wednesday!
Posted by Lisa Echerd at 7:49 AM