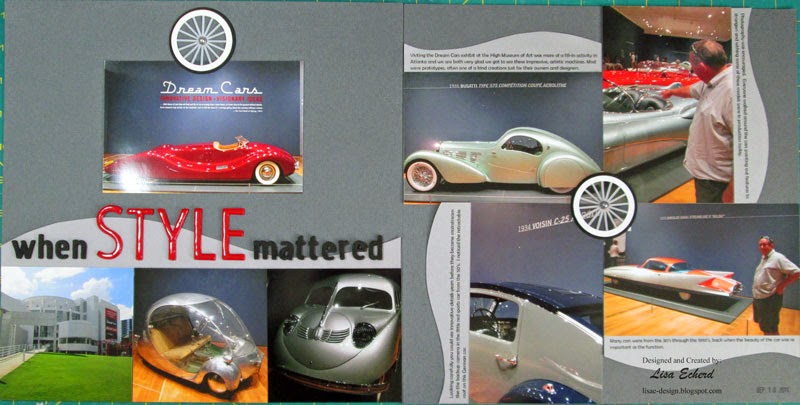 (Ok, I'm going to start out a bit negative today but it gets better, I promise.)

To me, today's cars aren't all that stylish.  And they all look alike. I can't tell one SUV or car from another.  Plus my Honda van is the most uncomfortable vehicle I've ever owned, but that is another story.

We all want great gas mileage.  I want plenty of space to haul stuff.  The sacrifice has been style.

In September we saw a special exhibit at the High Museum of Art in Atlanta called "Dream Cars."  These were all prototypes.  Many were one-offs, some the designer built just for their own personal use.  They had many innovative features far ahead of their time.  A 1950's model had a backup camera that worked much like the ones today. There was a tiny European car that reminds me of some of those ultra tiny cars in large cities.  Although Ralph Nadar would have had a conniption at the idea of riding around in a glass bubble.

What impressed us the most were the beauty of the designs. We really don't know why many of these were not brought to market.  Some were impractical but we and other museum goers were wondering why we never saw some of these on the road.  They were stylish and just plain fun.

For the layout, I wanted a modern feel even though the cars were quite old.  They were modern in their day.  I used only cardstock including the silver cardstock available from Stampin' Up! 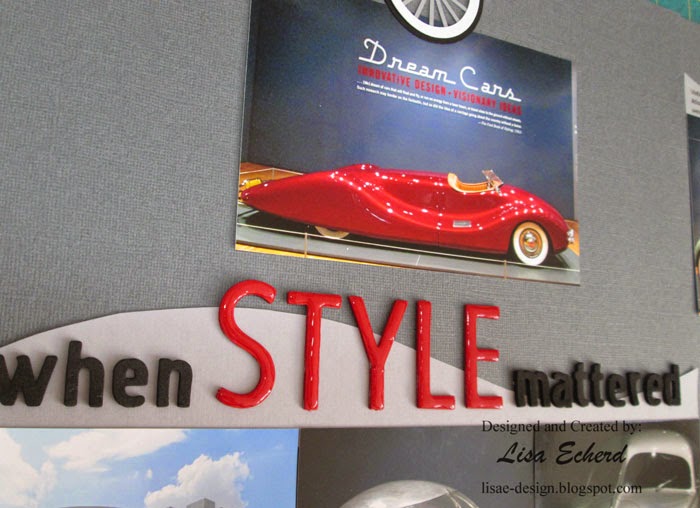 STYLE is painted chipboard covered with a layer of Glossy Accents.


And here is the sketch: 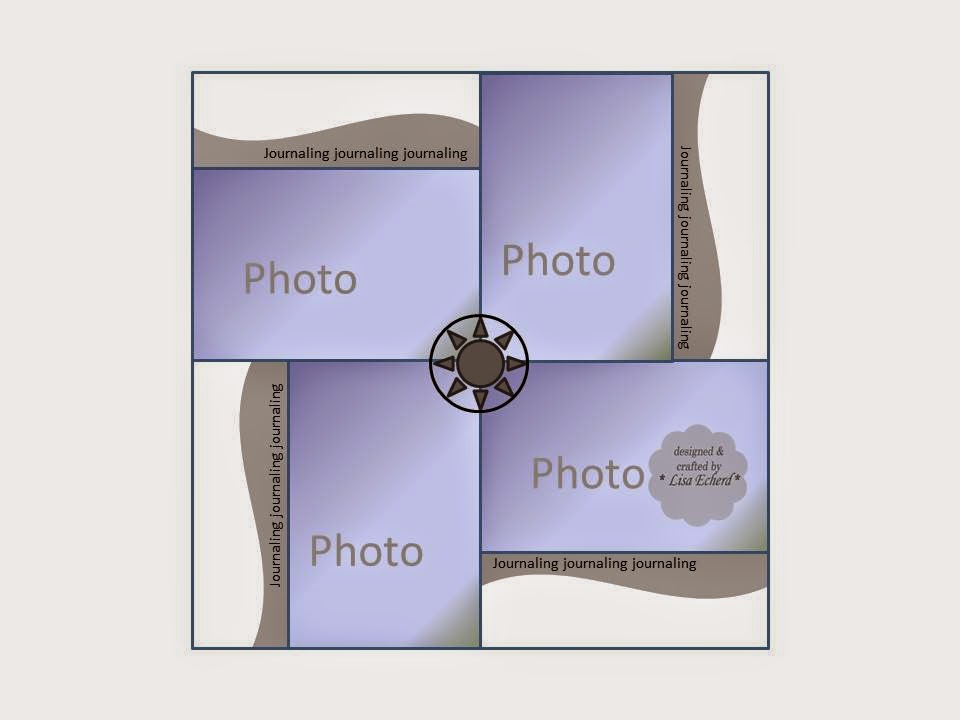 If you like two pagers, check out Two Page Terrific class with 8 video lessons for a great price.

While I'm not particularly a car buff, I always appreciate beautiful design so I'm very thankful this exhibit was available to enjoy the ingenuity and design.

Thanks for stopping by today!