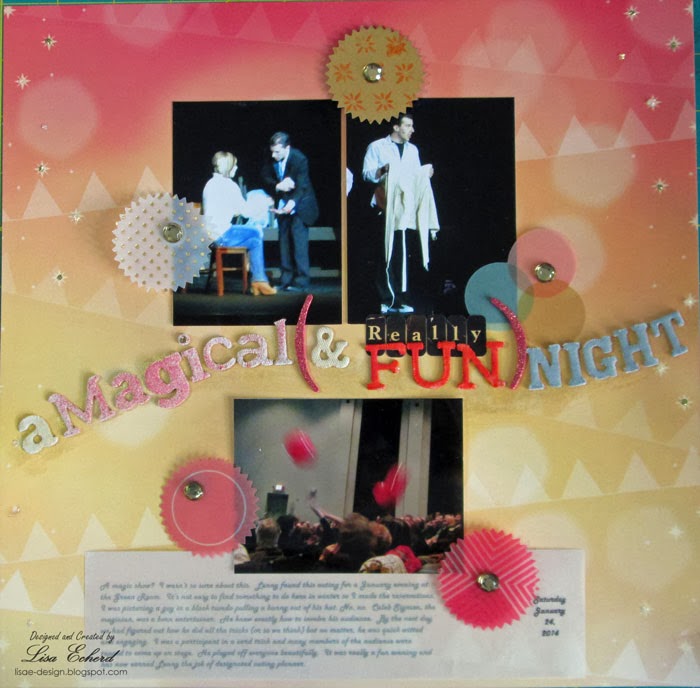 Hello from a snowy NC!  We woke to pouring snow this morning with a few inches on the ground. I think it has finally turned to rain.  While it isn't misty outside, I'm declaring this "MISTy" March or MIST-ical March as many of my videos this month will use mists in one way or another.

The first layout up is about an evening we had in January seeing a magician.  Journaling reads:

A magic show?  I wasn’t so sure about this.  Lenny found this outing for a January evening at the Green Room.  It’s not easy to find something to do here in winter so I made the reservations.  I was picturing a guy in a black tuxedo pulling a bunny out of his hat. No, no.  Caleb Sigmon, the magician, was a born entertainer.  He knew exactly how to involve his audience.  By the next day we had figured out how he did all the tricks (or so we think) but no matter, he was quick witted and engaging.  I was a participant in a card trick and many members of the audience were tapped to come up on stage.  He played off everyone beautifully.  It was really a fun evening and has now earned Lenny the job of designated outing planner.

I think perhaps this was Caleb's debut.  I predict he will have a fabulous career!

So for the page, I used mists to enhance the title with a painted on layer of Heidi Swapp gold. The letters are colored with various mists in various ways as shown in the video. 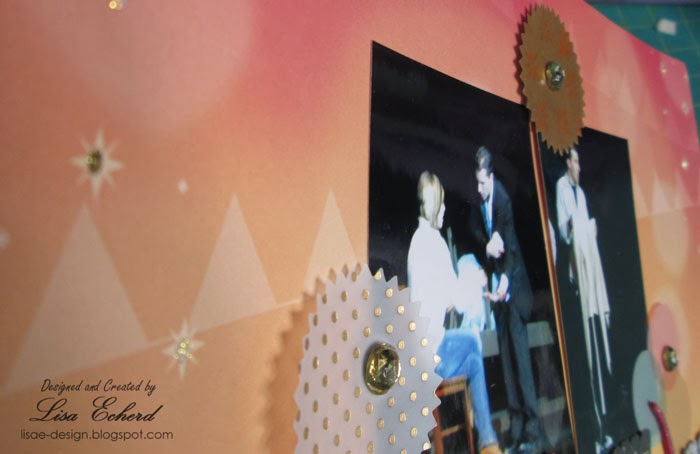 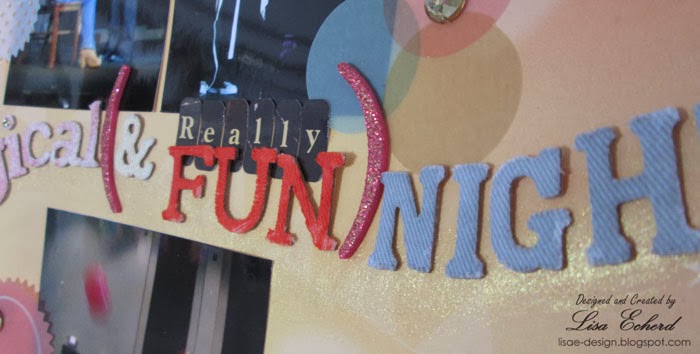 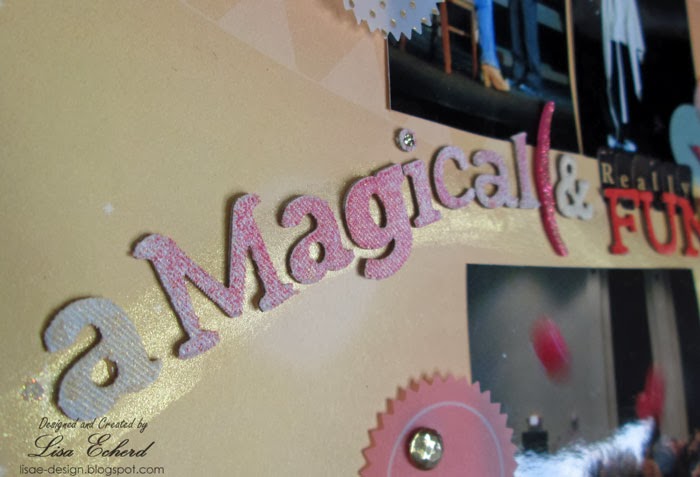 Speaking of the video, this is my first effort at Close Captioning a video.  I'm very interested in feedback to see if people use this feature.  I had a request to do it so thought I'd give it a try. I won't rule out doing it again but I will say it was very time consuming.  It took a solid 90 minutes to rework the CC that YouTube provided to say what I actually said in the 15 minute video and to review the video one last time.  It still isn't perfect.  I think it would have gone faster if I'd just transcribed manually so I might try that again.

I'm looking for feedback to see if this is a feature to add to classes. 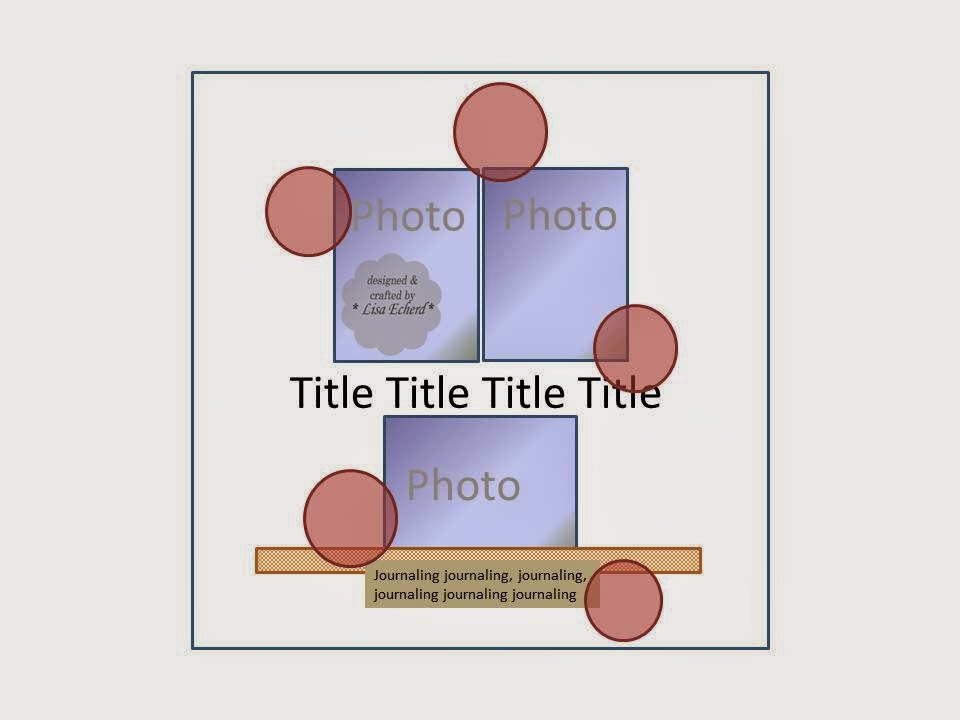 There will be more 'mist' themed videos in March!  Stay tuned.  Thanks for visiting today!  Hope you are warm and dry wherever you are.