Our favorite beach is Hilton Head Island.  We were fortunate enough to go twice this year including a trip just last week.  We love the island and I scoured the Internet for whatever photos I could find during and after Hurricane Matthew crawled by the island as Category 2 with 110 mph winds just off shore on October 6 and 7, 2016.

We've been visiting the island for 25 years and have never known this type of event to occur.  I've been extremely impressed with the plan they had and followed through with after the hurricane.  They are working extremely hard to clear all of the downed trees and debris. We found the roads cleared and almost all bike paths cleared.  With the continual work, some of these photos are already outdated but I wanted to share what we saw.

We were staying in the middle of the island which I believe had less damage than the south or north ends.

It looks like the Loch Nest Monster snacked on the dunes.  I think these dunes prevented a lot of flooding.  Otherwise, the beach was unchanged. 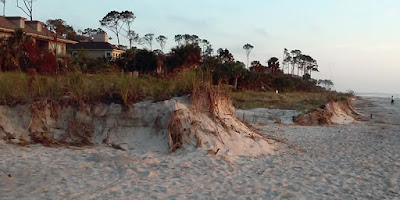 The island will be a little sunnier place with trees down.  Most places seem to have lost odd trees here and there, not great swaths of trees.  It is the trees that make the island so special so we hate to see any of them lost.  Cleanup work here was just about completed by the time we left. 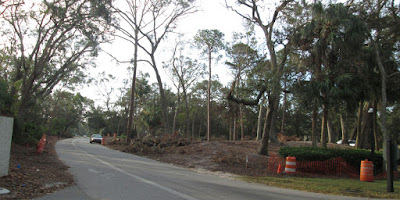 We had to go around or turn around just a couple of times when out biking.  I was amazed that they had the paths not only cleared but cleaned of almost all debris. 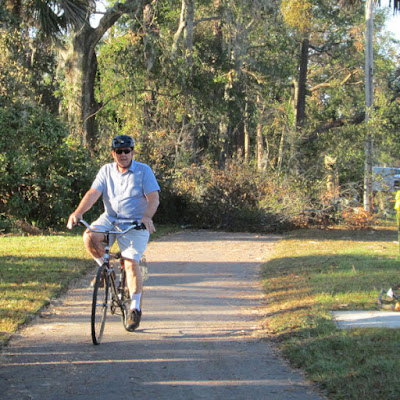 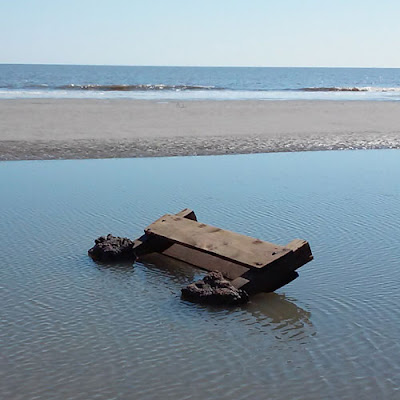 We saw exactly two things washed up on shore in the 2-3 miles of shoreline we walked regularly.  One was clearly ripped from the ground as the concrete was still attached and then there were these steps. 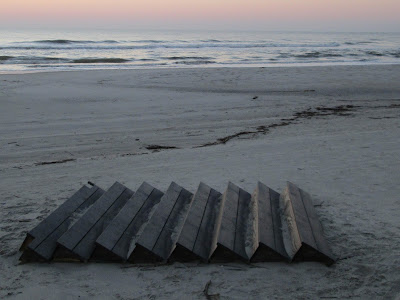 I was surprised to see so little roof damage in the area of the island we were staying.  This condo complex is on the beach.  There were a few houses with tarps as well but not that many. 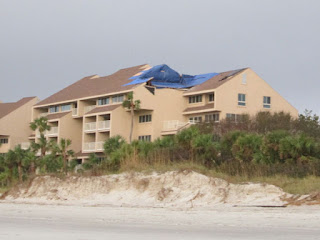 We have never visited this late in the year so we didn't know if the lighter crowd was due to the time of year or the hurricane.  People were playing tennis, biking, beach and dining in the restaurants.  Why would anyone stay away?  We figured this out after about 3 days when we biked by this closed golf course.  We never saw anyone playing golf anywhere on or off island.  I imagine it is a much more delicate procedure removing downed trees from a golf course. 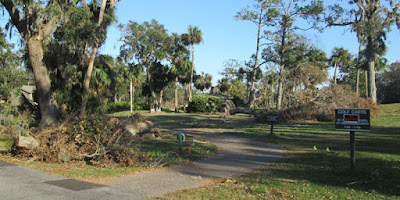 The damage was also more apparent on the neighborhood streets which were cleared but piled on either side with trees and branches waiting to be hauled away. 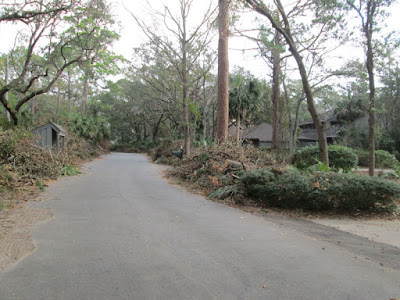 We are so grateful to the city and the people of Hilton Head for all their hard work in cleaning up and moving on.  We hope to visit again as often as possible.
Posted by Lisa Echerd at 7:17 PM